In this article, we will learn about the basic concept of Linear Regression (which is the most frequently and widely used), the terms involved in Regression and how to perform and interpret a Regression Analysis.

What does a Regression analysis do?

The entire concept of regression analysis is very simple. The foundation lies in the ‘Straight Line Equation’ that we learnt in earlier Grades of our School in mathematics.

Like in Correlation, the ‘x’ and ‘y’ values are plotted in a Scatter plot. A line that indicates the slope of the data points is drawn. 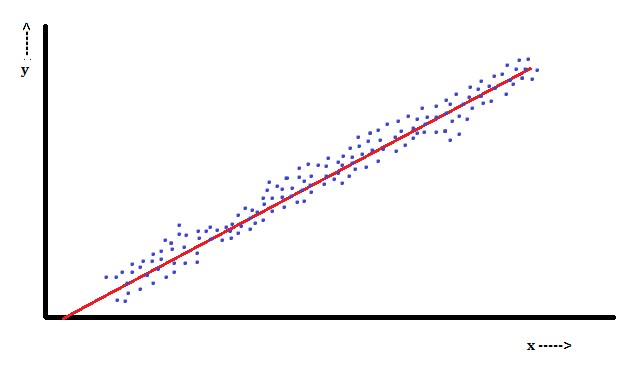 The above graph demonstrates how a Regression Plot looks like. Any model will not be 100% accurate in predicting the y value. Thus there will be an error component or residual value involved in the equation. However, a good model is one that tries to minimize the error/residual values, and has a line (Regression line) that tries to be close to a maximum number of data points.

When there are more variables, there are possibilities that there exists an interaction or correlation among the input variables. So, the model should try to identify that duplication effect, which will inflate the y value.

Before understanding how to perform a regression analysis, let us understand the key terminologies involved.

How to Perform a Regression Analysis?

Thus the new equation will be a good predictor for a given problem, provided a correct model, accurate data and a good calculation methodology is used.