Applications of Industry 4.0 – Internet of Things 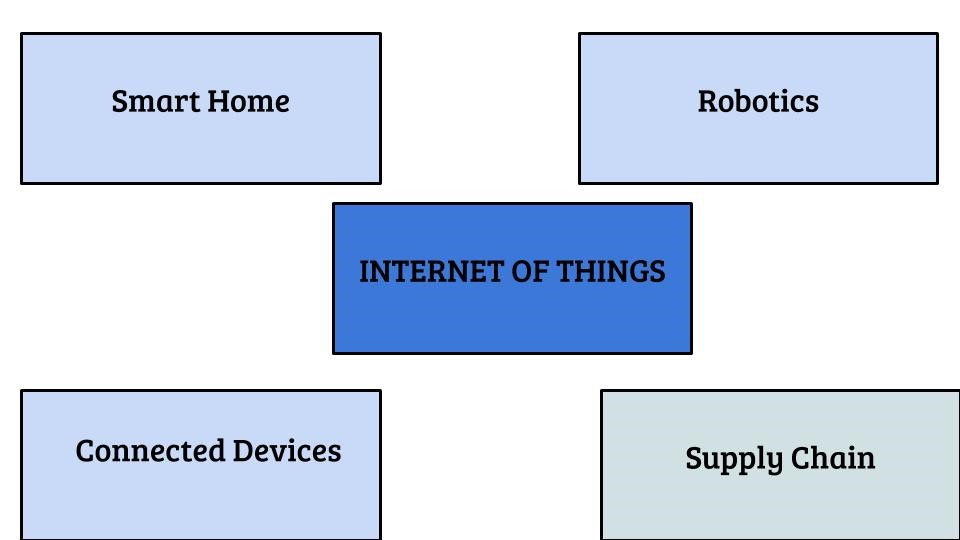 Industry 4.0 as a blanket terminology has a really nice ring to it! This is an interesting and exciting decade to be alive and an active scientist and engineer. If you’re in the production realm, embrace technology and allow yourself to optimize your systems to their full potential.  As a civilian, imagine a world where you inhabit smart spaces. You wake up in the morning, alerted by your Google or Siri system. You’ll already have your clothes chosen for you by your clothing algorithm that assessed your closet, knew you had work and had a critical meeting later that day, and decided that you were better off wearing a suit today.

In the shower, the temperature would be set to your ambient preference. You get dressed and head downstairs. Once you reach the kitchen, your coffee would be made because the motion detectors in the house knew that you were on your way to the kitchen (your schedule indicated that you had work today), and activated your coffee machine. Already stocked, your machine knows that you wanted a latte and has it ready on time. Once breakfast is finished, you decided that you were ready to go to work. Knowing that you leave home at approximately 6 30 am to avoid traffic, your car already warmed up and is ready to drive you to work via a route that it pre-calculated would be the best route based on weather and traffic patterns.

At first, all of this will sound like a scene from a science fiction movie. Welcome to the advent of the smart space. This is a space where your environment and the technology in it, interacts and responds to you. Interestingly, as time evolves what was once a dream, now becomes a wonderful reality. The world as we see it now, is evolving from many years ago when ideas were being dreamed up. Early scenes from movies such as Star Trek from the early nineteen eighties were introducing the world to the advent of cellular phone technology before it became a mainstream technology.

Imagine a world where the production target for the day would be programmed into the control system. Knowing what the set point for production would be, the system will then start the process of drawing in the appropriate feed flow from the feed tanks. As feed flow ramps up for the day, the required process temperatures would be acquired via an increase in steam flow to the process heaters. Post production, the downstream processes for phase separation, product crystallization and refinement will respond accordingly. In a seamless fashion, all of these sequenced production systems will be able to talk to each other and allow the desired objectives to be met for the day.

In some instances, the plant will require minimal intervention in order to  accomplish this objective. How will this be possible? Via the advent of the industrial version of the Internet of Things. Known as the Industrial Internet of Things, sequential process systems via their interlinked software and sensor networks can actually interact with each other. Continuous industrial processes have master control loops that monitor critical process parameters across the entire circuit.

An interesting example is attainable if a system has an inhouse boiler system in an open loop power generation facility. In an open loop power generation facility, steam from boilers is often fed to process heaters, and the generated condensate is sent to the powerhouse for boiler feedwater. The two systems are interlinked. If an increase in production is required, there will also be a need for increased steam generation. The process, knowing that an increase in feed flow is entering the heater system, will automatically trigger the boiler system to generate more steam. Likewise in the downstream processes, with increases in flow from the upstream units holding vessels will ensure that they have enough space to accommodate the increase in incoming flow.

If there’s a flow restriction at any point, the system will then adjust itself to a manageable operating point in a pre-calculated operational sequence. In a well orchestrated control system, all of these sequences take place right under the vision of the process controller. The only time they’d have to intervene, is if there was an external issue with an equipment such as a pump, or a system fault that prevented automatic system control. Under such conditions, the plant would then be temporarily placed on manual, and allowed to restore via the appropriate restoration activities.

With the advent of smart space, smart factories we will have a smarter life experience in all aspects of our lives. We will live in a realm, where systems will adjust automatically to customer orders in a just-in-time fashion. With smarter systems, there will be an advent of better resource management in a system. Operational Excellence is evolving to embrace these wonderful changes.

Next post: Applications of Industry 4.0 – Data Analytics And Its Impact on Medical Research