The Evolution of NASA 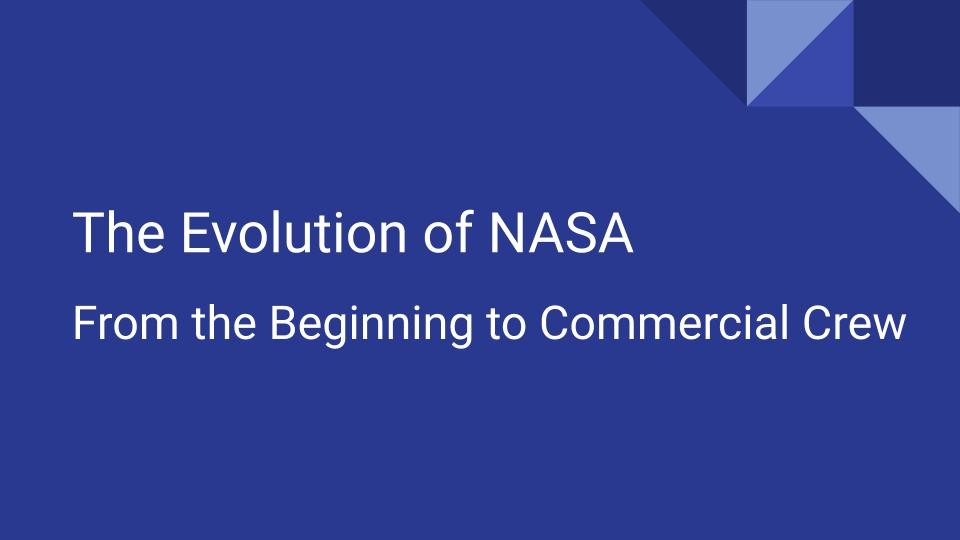 It takes a lot of effort to achieve any grand dream. 2020 as a year was a great one for NASA. As an organization, they are definitely the definition of resilience. As a multifaceted organization, NASA seamlessly accomplishes the challenging task of advancing the frontiers of science and technology in  human spaceflight. The way that they have done this, is a model that is changing over the years. From inhouse operations to contract outsourcing the transition is a favorable one. The current operational mode of NASA is as a customer of many suppliers, who then work hard to win contracts from the company in order to carry out missions that are dedicated to either commercial missions or to defense missions. It’s an amazing business model to observe, as the model is one that definitely encourages innovation, growth and change in the sector.

NASA as an organization, began in the late 1950’s, and started its efforts on human and robotic spaceflight. Every great endeavor starts off as a seed, and Project Mercury was the starting point of it all. Before jetting off to spaces like the moon, the first step is to figure out how to get humans to survive in space. It was the classic case of walking before you lift off. NASA’s second major project was Project Gemini, which then enabled the vision of the subsequent Moon missions to unfold. With advancing technologies, it was possible to see how Moon missions would be possible by the end of the next decade.

The Apollo projects were the culmination of the initial two projects, and in July 1969 the Apollo missions began. The era of Apollo was a magical one, and it resulted in missions spanning up to 1972. The missions were successful in their endeavours, and the technology developed at the time was very robust and capable. However, it all came with an associate cost. Going to the Moon is a very fuel and resource intensive activity. The technology at the time had its limitations and as a result the organization had to make some executive decisions re what its next steps should be.

The next phases of the NASA era involved the Space Shuttle Program, which began in the early eighties in 1981. The Space Shuttle was a glorious era that operated for 30 years. At the time, the Shuttle was a breakthrough technology that enabled the launching of a space plane, via the utilization of two solid rocket boosters. As a workhorse, the Shuttle was the means that the International Space Station Expansions were made possible. With the ability to haul large items, the Space Shuttle provided the ideal medium to channel the large modules of the ISS to a point where they could be fused together in order to create the current structure today. All that is needed after the initial construction of the ISS unit, is the sustenance of ISS maintenance activities, and also the ability to transport crew and cargo to and from the ISS. The activity is one that is currently being optimized by the Commercial Crew Mission. Realizing that NASA can’t do it all themselves, they managed to outsource some of their activities to additional aerospace agencies that can help them to achieve their objectives.

As an evolving enterprise, NASA has allowed itself to keep growing and expanding. The challenges of NASA to the commercial crew activities has allowed them to change how airplanes, and space vehicles are currently being designed. As a science and engineering focused nation, the organization has enabled itself to actually create a map of the solar system, and has enabled itself to deeply investigate our solar system. Via innovations such as the Hubble Space Telescope, NASA has enabled itself to see the world that exists outside of Lower Earth Orbit. Data is collected from a variety of sources, inclusive of launch vehicles, communication satellites and even weather satellites that orbit the Earth. As multifunctional units, they are able to collect data on a multitude of things.

With the ISS in operation for twenty years with humans on board the unit, the Crew-1 mission in November 2020 is scheduled to be the first operational crew mission from the United States soil. As a project that took almost a decade to achieve, it is definitely one of the major changes that the NASA administration has made to their activities. The operations of any scientific and engineering based organization are two-fold. These include operational activities as well as the future capital intensive projects. Science and Engineering will always be at the forefront of human achievement, and the efforts that were taken to build the ISS, are the efforts that will be incorporated into keeping the ISS in operation.

NASA makes an effort to establish strong ties with its commercial and defence partners. That synergy is one that is evident, by the seamless way that the missions both to develop crafts for missions such as Artemis, and also the current Commercial missions to the ISS are organized. One can clearly see the synergy between the two entities. The NASA team has a wealth of experience in space exploration, and they have the ability to convey these to their partners who are then able to design their vehicles accordingly.